I like to view the night sky and will gladly walk our dogs even when it is cold so that I can catch a glimpse of the International Space Station. I also like geocaching, kayaking, fishing, and playing Ingress. I walk on local trails and generally do physical stuff as much as possible when my body and the weather is cooperating. I have been mudding, priming and painting the room above our garage for the last 6 months, section by section, It's taking a long time but the sections I have finished look wonderful!

I have begun scrapbooking - though most of mine are more like modified photo albums. However, after going through my mother-in-law's pictures, i have really learned the value of journaling. I really would prefer my kids not to say "Who are these people, and why are they laughing?" It would be nicer for them to be able to identify all the people who have made my life as wonderful as it has been.

We now have three dogs. In December 2010 we adopted another Jake, this one is a westie-poodle mix so he doesn't shed, to keep our jack russell named Jackie, company. It had been just over a year since Jake the first passed away. We miss him a lot. He had some wonderful characteristics. He used to run from the kitchen into the living room area and just dive his head onto the carpet. He would get up and do it over and over. Very funny to watch. And sometimes he would sit up and throw his head up to the right and give a short, loud, bark to let us know it was time for a treat. And one of his ears would just tip down in the cutest way. I sure miss the old fellow. BUT Jake the second has many of his good qualities. The most important is that he likes to walk - a lot. Jake II starts scratching at the door at 9am and is not happy unless we walk for 2 or 3 miles. This is good because my husband and I are obese by modern standards (though Alexander McCall Smith would call me a " traditionally shaped woman." We may complain a bit but we are also very thankful that Jake makes us walk even more than we had before he entered the household. Then in 2011 on one of our walks another dog followed us home. After contacting the humane society and returning him to his home several times, the owner gave him to us and now Scruff is one of us. He is a Jack Russell/Wired Dachshund mix who is delightful company.

I am also into genealogy, and had researched my family history back to the 1620's while I was a night counselor at a Psychiatric unit (a great job!) and I am thinking that actually it is now time to start compiling the history of all these people. I have received the photo albums from my mother-in-law and my step-dad, both of whom passed away. I am sorting out the pictures to make some sense of their lives to send down to the next generation - ie my grandson, Julian, who was born in December 2007 and my second grandson Isaac born December 2010. . At my oldest sister's memorial, I got reacquainted with my half-sisters, and met a niece I had not seen before. Also collected some cousins on the trip across the country. It is nice to be part of a larger group of people!

My favorite colors are blue and green, especially when they are together, (another reason I love the Oregon coast - evergreen trees and beautiful blue ocean!) and I also love purple. But every color has possibility and a use. I'm a very plain person with plain tastes. I don't use perfumes or dress up my hair very often - especially since we get rather strong wind blowing through this area most of the time.

My husband and I have done a fair amount of camping - (we have an old 17 foot Terry travel trailer) -basically travelling up and down the western US coast, up to Chehalis, WA where my brother has a small winery (The Heymann Whinery - spelled that way on purpose as my brother is a fun-loving guy) and we help him with the crushing and the bottling, then down to CA to see our grown children who live near San Francisco.

I am glad I have retired from the working world - there are so many things to do that require ones time! I volunteer as a member of the Environmental Management Advisory Committee for the city of Florence. I help with the Recycling kiosk at city Hall and help with the planning for other projects. The city is currently working towards biomass waste conversion - basically making usable compost out of human waste and yard debris. Florence currently ships waste to a landfill 60 miles away - a terrible use of resources. The biomass project should eliminate that and provide compost that will enrich the land here.

One of my newest loves is cruising. My husband and I went to Alaska via the Star Princess for our 40th anniversary (and his 60th birthday) and then Holland America's Westerdam took us to Hawaii and Tahiti for mine in the fall of 2012.. I am still suffering from cruise withdrawal! Life on board ship is an incredible experience. I spend much of my time now researching future cruises and possible destinations.

My latest love is quilting. What fun! I have fallen in love with fabric and have finished 4 quilts since taking a class September 2014. This includes the piecework and the quilting itself. I probably won't be joining any fat quarter swaps, though, I just really love the fabric that I have bought. It is hard enough cutting it up to put into a different form. To think of it leaving the house - impossible. Life is good!

All types, though I lean towards 60-s and 70-s and new age. My husband usually runs our various music equipment so I really don't know a lot of names, but I like just about everything.

My favorite show is Doomsday Preppers. I think a lot of the scenarios are ridiculous, but the skills that are demonstrated are worth knowing. Any survival skills one can pick up in this life is a good thing. Life is precious and our society is frail and nature is unpredictable so we all need to be prepared.

Card making, making ATC's, and rubber stamping.! and I love working with rubber stamps and coloring or embossing the images. I like working on ATC's because it gives me a chance to experiment without a large time or money commitment. I have both a Sizzix and a Cricut, (which I have had since 2009, but am still a neophyte in its use.) . I've made a basic heritage album for my children and I am now spending a lot of time sorting and labeling other photos so that my kids know more about where they came from and why we are all the way we are.

I really enjoy swapping and have enjoyed corresponding with the wonderful people I have met on swap-bot. I usually mail on the last mailing date because I want to be sure I send the best I can do and I sometimes sign up for too many swaps that end around the same time (they are awfully hard to resist!) So please be patient. If you have not received anything 2 weeks after due date, let me know. The Post Office must have lost it and I will do my best to replace it. And if something comes in POSTAGE DUE, let me know. I Thanks!

FYI, the "!" I received was from a partner who had been hospitalized near the time she should have received my envelope. I've sent two others, knowing that she has been going through a hard spell, but none of them have been acknowledged so I don't know what the story is. I wish her the best and if this "1" keeps me from being in your swap, no problem.

As for the "3", yes, I did send out the item a day or so late, which I figured was better than sending out a piece of junk ("it could have been on time, but who would want to receive it?). I used to stress over these swaps, but I don't anymore. I do this for fun! So I don't sign up for so many, as tempted as I may be to do so (Thank you so much for creating the Watch list) and I sign up for swaps that have enough lead time so that I can prepare a nice package and letter. I also decorate the envelope (most of the time) I send you to make receiving the swap that much more fun!

It seems some swap hostesses require this so I thought I'd add a few ideas. Generally, I like rubber stamped images of all types, papers, and anything that comes to mind when you read my profile or the swap we are both in. I think everything I receive is a real gift - you chose it, you take the time to wrap it and explain it, and you pay to send it to me - that is a lot of time and energy. So, anything goes. Smoke doesn't bother me much - I just put those items out in the garage until the smell is gone.


Thank you so much for your kind comment on my profile!! It was such a nice welcome back as I also have taken many years off of swap-bot so it is a special joy to find a fellow swapper from back in the day Lol! I hope we can swap sometime too! 
Welcome again to Make an Envelope group. I took am a "Traditionally shaped woman" love that. I lived in Melbourne Fla. for 35 yrs. now in Tennessee and see a lot you have done or am doing the same as my husband and I while reading your profile.


Sending off my Reading List Quarter 1 now. I meant to include a note. I love Big Bang Theory too. We have also don our share of cruising, but I think we are finished for awhile. Have seen more of the world than I ever dreamed we'd do!


Wanted to thank you again for the pick 3 swap for march! :) I loveeeed your note and everything you sent! you're so sweet!


Hello Sandy! Thank you for sending me the Oregon postcard with the rubberstamping! You made me happy to know you enjoyed the stamps, & extras for the swap. - Kathy 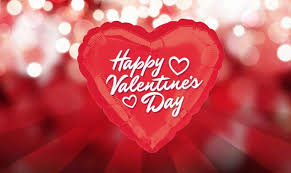