stuff that is important

I occasionally log on now, but mostly just if I get a PM. I am not, currently, swapping actively...

most recent profile change; 03/10/17
I always rate... however, if you have sent me something, and it has had plenty of time to arrive, but I haven't rated, please PM me and let me know. I try very hard to keep my swaps near my pc until I've rated... but occasionally I do make a mistake and forget. I promise not to be mad at you for checking:)

for those reading my etsy wishlist: it is there to give you ideas of what i like... most of it is expensive... i would rather you create something in a similar style, than buy... (like an atc where someone is wearing an outfit of the style of the listing, rather than actually buying me the outfit. i totally don't expect anyone to purchase anything, and really don't do etsy swaps...).

Books
Roger Zelazny 's Amber books, Melissa Marr's fairies, and Dresden files are all favorites. I have also been reading a lot of manga lately. My favorites are skip beat, vampire knight, and maid-sama. Music
Mostly Cristian harder rock, like tait, Red, anberlin, and kutless, newsboys, DCTalk (miss them as a group, but great solos from them too!), sanctus real, decyfer down. oh, and Rich Mullins! I LOVE Rich Mullins!!

I am a mother of 2 gorgeous little girls, married... I'm a spirit-filled born again christian.I used to be a big crafter, but I'm not really, anymore. I love anything celestial that's not astrology... and I love the night sky (great theme to use if you are making me something), even though twilight is my favorite part of the day, especially in summer when the fireflies are out showing a closer version of the stars. I love fantasy. i love glow-in-the-dark. i love a large variety of themes and color combos. vintage, victorian, lacey, flowery, all nature, steam punk. i love leaves in all colors, even orange (only fond of orange when it has other colors involved)! i love velvety fabrics, and anything that when you touch it is so soft as to make you want to rub it on your face. that's how i shop... by touch. I prefer colors to be more jewel toned and vibrant. I'm picky about earth tones.. chocolate brown is good. orange brown, not so much.. that kind of thing.

I collect, and love dolls. I have 3 BJDs. 2 are MSD sized, one is a male ID72. They all need clothing.. i need to learn to sew better... I also have over 200 Monster high/everafter high/other fashion dolls (no barbie or bratz. poseability is a must).
I like milk and white chocolate, but not dark. Cote d'or is my favorite. it's hard to find, here. I like most fruity flavors, except banana. I love flavored coffees (without cinnamon). I also like green and herbal teas.
i love any cold-brewed coffee (coarser grinding for this)! my favorite regular flavors of coffee are fudge, caramel, black raspberry (but not chocolate raspberry) and creme brulee. I love flavored coffee! ... but I loathe starbucks.. even their store coffeee. yuck.. diabetic, but dislike diet foods. If you send food, I'll wriggle it into my meal plan. Please no sugar free attempts at treats. :)

politics, the news, and starbucks are my main dislikes.

I'm loving steam-punk right now. watch parts are awesome! I keep telling myself i'm going to go antique store shopping for them, or garage sale-ing, but i never do. I'd love something I can add to my steam punk costume I'm slowly making.

Dolly stuff, clothes, shoes!, blankets, a pillow, furniture, things to pose them with, like tiny foods, etc. Some of my dolls are for my collection, and some are to face-up, rehair, redress, and sell. I need places for my dolls, but also stuff to pose them with, for good sales pictures.
Watercolor pencils, and chalk pastels, for dolly faceups. doll hair, or even an old, halloween wig. great for rerooting used dolls where the previous owner liked scissors...
miliput. I haven't been able to get my hands on any, and I want to try it... or any air dry clay that is strong, paintable, and doesn't re-soften and flake if it gets wet again. I like to mod my dolls.

things I own too much of

This is basically stuff I have, that I'm just not interested in, anymore.
We'll start with the ATCs. I have several binders full. Atcs are for trading, not selling, and I can't bear to throw away things people worked so hard on... So, I will only trade these, but I will not trade them for more of the same.
polymer clay. I have tons. Mostly premo, before they changed the formula.... specifically, when the colors were still artist colors, and the clay was of preferable hardness.. i even have zinc yellow. that color is crumbly, but it always was.... probably why they discontinued it... it was a big deal, to people then.. so, here's the deal. it's old, but it hasn't been exposed to heat. if you are big into poly clay art, and don't mind working a little harder, with your clay, it might still interest you.
yarn, scrapbooking paper, rubber stamps and ink, etc. I've trade nearly every craft out there, and stocked up on supplies. I have a lot. I don't use it. If you want to trade for it, I'll want to do a big trade, to make it worth digging out, from behind my doll house... However, that doesn't necessarily mean i want a lot from you.. If you have something to offer, that I'm really interested in, I may send large for small.. but I'm not going to search for a single rubber stamp, you desperately want, unless I'm sending way more of them.

Have some extra BJD clothes, or a bunch of shojo manga, and want a flat rate box of craft stuff, in exchange, PM me.

(this was written 03/10/17. I still log on often, but i don't swap much, because I don't craft much anymore. My ratings are not recent, but they are trustworthy. I'm not likely to seek you out, but I will reply, if you seek me).


Glad too see you on


I hope your day is great! 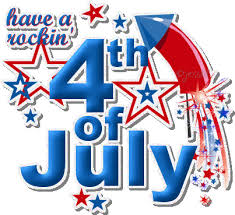 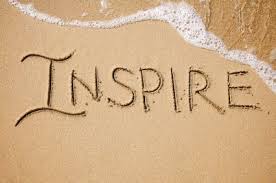 
Had not seen you for a while. Good to see you back.


I saw your forum post, and I thought I would share a picture that makes me smile every time I come across it. 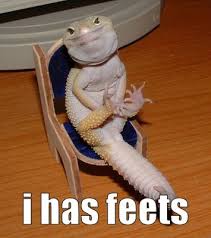 
Wow! Thank you so much for the links to the knitting patterns! I'll have to take a look at those when I have some time. I have them bookmarked. My mom will be thrilled as well because she's just been using her looms to make these tube scarfs. They're nice, but monotonous. We're packing up right now to have our bedrooms remodeled. My parents are going to Disney World during the remodel while I get to stay here with the workers. That doesn't sound too fair does it? I got to go in November, so I can't complain too much. I'll stop rambling now. Thank you again. You rock!