It's now official!! I married a truly wonderful man on Christmas Eve (2012) after being divorced for 19 1/2 years. I absolutely love being married, contrary to my earlier convictions of never wanting to be married again. I love being able to come home to someone at night that I want to be with and being able to say "my husband" now...

I work at a local school district as a teacher's aide (I've had this job for 22 1/2 years now). I've worked with a variety of children over the course of the years, but would love to use my teaching degree, rather than having it collect dust!! My second job is managing a low-income apartment complex, which I've done for 12 years now. Doing this job is like doing one's own income tax, but for 16 units, ALL THE TIME!! Low income apartments are forever changing tenants and they constantly seem to be in upheaval over something!! Some nights, I feel like I could get buried in an avalanche of paperwork! I have picked up a second apartment complex in a different town and with a different managing firm. With both apartments, I do the majority of the stuff in my own time. With the second complex, I have to go in one a week to get some things done, but as long as some things get done, they're not too picky.

My daughter is living nearby with her boyfriend. They seem to get along well. She is supposed to be looking for a job, but we'll see!

My husband is a school bus driver at another local school and has been a bus driver for about 26 years. He also is a bass guitar player for a local band, called Killer of Giants; they play all Ozzy Osbourne and Black Sabbath songs. He's wanting to start another project but hasn't started on that yet.

My step-daughter is living about 5 minutes away in an adjacent town. She has a son that was born on Christmas Day, 2012, and he is absolutely adorable. He's fun to be with and I am always excited when they come to visit. He's definitely a ball of energy!

UPDATE: There's now another addition to our household, as of the end of March, 2013.... my husband and I have adopted a basset hound from the local humane society. His name is Bo and he is a little over 3 years old now. We're not quite sure why is previous owners gave him up, buet we have a speculation... Bo has a slight limp in his right front leg. His upper bone stopped growing before it was supposed to and is slightly bowed. Also, upon the Humane Society taking an x-ray of the leg, they noticed the signs of onset of arthritis.... :( puppy arthritis!! He's adjusted really well to our house and absolutely LOVES the attention that he is getting! He's an adorable dog, but very spoiled. And very stubborn!

Some songs that are out now are not too bad, but my favorite has from the 80's (when I was growing up!). Some of my favorite singers include, like I said, the "big-hair bands" (GNR, Poison, Motley Crue) and Cher. I've gotten hooked on the Hair Nation Channel on Sirius Satellite as well as the 80's on 8, which I've got in my car. I've had it so long that I really don't know if I could ever switch back to regular FM radio!!

My husband has gotten me hooked on Pawn Stars, Operation Repo, Restaurant Impossible... gee what else was there? I know I'm missing some! Some of the events that occur in those shows are so BIZARRE... but pretty comical!

I used to love cross-stitching, but haven't done that in a really long time!! SO, I like to grill outside while reading a good book or magazine with a drink in hand, of course. I collect sunflowers; I've downsized some of what I had when I moved into our house. I'm currently thinking of where I can put the things I haven't put out yet!! I really hate to put them in the garage sale that we need to have this spring (the garage is trashed!!) so I better get busy looking! Not sure if this means looking for places to PUT the sunflowers out at or looking to see what I can part with right now!

There are several books that I consider "easy reads", meaning if I have a few hours, I can finish these books off really fast. These include: Danielle Steele, Mary Higgins Clark, and Carol Higgins Clark. If anyone has any other suggestions for good books, please let me know. I'm on the lookout for more books to read! Contact me for suggestions!

I hate to do this, but stated that I would do this in the swaps, so here goes:

ErikaG - Shared Journal Experiment #14. She did NOT send or reply to any messages that I sent to her for her immediate attention a week after the send deadline, nor did she contact the person she was to send to.

sweetsweetlife - Shared Journal Experiment #22.... the gal that was supposed to receive this has attempted to elicit a response from her in regards to the whereabouts of the journal

wikkedlilgrrl - Shared Journal Experiment #24 as well as possibly another one before that. The partners have tried to elicit a response to these 2 swaps with 3 weeks late in sending

THIS LIST HAS BEEN PASSED ON TO THE NEXT COORDINATOR OF THESE SWAPS!!


Hope to see you back soon. I am disappointed to not have received the swap from you that you hosted. Hope you'll come back and make things good!


Thank you for the wonderful holiday card! Snail mail makes the season bright. :)

Swap-bot is lucky to have members like you. Happy holidays and happy swapping!!


Hi! :o) ...just thought I'd pop by to say that the one sentence journal swap for December is packaged up and I will be popping by our post office today to send it out today. Happy New Year! See you in the mail! Ainslie


Educating Esme: Diary Of A Teacher's First Year by Esme Raji Codell --- a wonderful read. Check your library for it:)


Hi Jen! I just wanted to let you know that your MASH Maxwell Klinger ATC was sent out today. Please let me know when it arrives safely. :o) Thanks! â™¥Anita


Hi, Don't forget to send your Santa-list. Should have been sent already. I see you did send it to some already, not to me yet. So many addresses :). Hugs, Harineke


I am writing you back tonight:) I am sooooooooo tired. I am still not sleping, but the house finally is not smellin glike smoke...thank goodness. 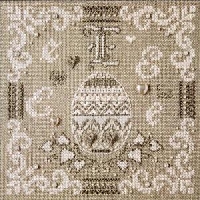 Thank you for joining Stitch, bitch and swap. I'm looking forward to know you more and very soon do some serious swapping!