Please no owls! I am very scared of owls in all forms, and wish to not receive owl images. If you send owls - I will not give a heart. Yeah, it's that big of a deal for me.

Holiday card swaps I'm not Christian and do not celebrate that aspect of a holiday, so I prefer seasonal images to holiday related ones.
I do like the retro/vintage re-prints of Victorian era holiday cards. They are so creepy, they're great! If they're not printed right, somehow it's even better! If you want to make a holiday card 'spooky' - go for it! Not really a fan of Santa, heart shapes (though anatomical hearts are fine!), crosses, etc ...
If you hand-make cards, I am very happy to receive those in place for a store bought card.

I'm not on SB as much lately with other life events and have asked for some help in my groups to keep them active. I try to rate swaps as soon as they arrive, but if I'm missing something, please send me a PM. I try to check my PM's a few times a week.

My name is spelled Cindi not 'Cindy' - just like on my address. If you spell my name wrong, no matter what you are sending, you will not get a heart. Yeah - it's that much of a thing for me and I don't think it's too much to ask.

ABC's of my likes, interests & preferences

C - COFFEE, cats, Charles Addams, cemeteries/grave yards, crystal balls, A Christmas Carol by Dickens (& all the movies - all of them), Caitlin Doughty (Ask a Mortician), comedy/comedians, cooking (most of the time!), Clue (movie & board game), The Craft (movie), calendars

J - journals (buying, at least, if not actually using)

**playing cards - I'm no longer actively collecting for a 'frankendeck' - I've built a few now already - but I will accept any with a design you think I might like from my likes above. And, apparently my card is the Six of Diamonds so I will accept any nifty cards for that. :)

Anything with my name spelled wrong - It's CINDI, not Cindy. (This includes the envelope, please.) No matter what you send, I will not give a heart if you spell my name wrong.

Anything with cigarette smoke Or ANY smoke smell or other strong smells - it triggers migraines, and I throw it all in the trash.

Not a fan of 'God Bless America' themed items or flag items. Rather not receive items with scriptures or Christian themed items.

Please no alcohol related items such as 'wine time' stickers or alcoholic drink recipes, martini glass stickers, etc. (I'm an Adult Child of Alcoholics, and these things are actually offensive to me.)

I've been a letter writer and a snail mailer for all of my life! I started swapping by snail mail in the late 1980's, but I wrote to family members before that. Snail mail is one of the few constants in my life. I enjoy swap-bot, and am happy to receive a message from you, But give me a chance to reply - it might take a few days.

I'm 46 years old , married 27 years this year, a mom to 3 (18 & older now! - and they are finally all graduated from high school, though, 2 are still currently live at home.) and really am a USAF wife. (USAF = United States Air Force). And now, I'm a VERY proud momma of a US Navy Sailor!

I'm an Aquarius, don't really follow horoscopes, but I am a star gazer. I love most things sun/moon/star related.

I love to hear from people in other countries or with other customs or beliefs than mine, other lifestyles. I'm LGBTQ+ friendly, and am one of the 'you're safe with me' people who still wears a safety pin.

I'm not Christian, but am 'Faithfully Religionless'. (Click to link to see what I mean. This is a book title, one of my very favorites) :) I have read about and participated in Wiccan celebrations, and enjoy reading about Buddhism. I sometimes miss the old traditions of the Lutheran services I used to attend, but that's not where my beliefs are. I'm co-founder of the Pagan Community Centre - if you are Pagan minded, check it out! :)

I deal with anxiety, migraines and depression, and it sucks. I'm also an Adult Child of Alcoholics. My children have varying levels of "special needs", including anxiety, Autism spectrum, and TBI. I'm a 'caregiver' for those who need it, and it is exhausting most days. I'm not looking for drama, I have enough of it in my daily life, thanks.

We have 3 pets, all rescues that have traveled the country with us. 2 cats and a dog.

I hate Facebook. I do have an account, and I remember to check it once in a while, when I have to. I use Instagram a tiny bit, but not very active. I'm fully anti-social media. I prefer "Vintage Social Media" (snail mail!)

SOME favorite books: The Secret Garden by Frances Hodgson Burnett; The Little Prince by Antoine de Saint-Exupéry; The Haunting of Hill House by Shirley Jackson; The Shadow of the Wind by Carlos Ruiz Zafón; The Mysterious Affair at Styles by Agatha Christie; Roll of Thunder Hear My Cry by Mildred D Taylor; Faithfully Religionless by Timber Hawkeye Duma Key by Stephen King; A Christmas Carol by Charles Dickens; The Little Stranger by Sarah Waters; Mrs Everything by Jennifer Weiner; People We Meet on Vacation by Emily Henry; The Golden Compass (& series) by Phillip Pullman. The book that still 'haunts' me is Bury My Heart At Wounded Knee by Dee Brown.

I'm a member of Good Reads, and am founder of a SB group related to books & writing, Reading & Writing. I also have a group, For the Love of Letters for letter writing and letter challenges. I also love ghost stories and haunted house tales and am founder of a group, Ghosts! - check it out if you enjoy hauntings & cryptids.

With all of my groups, I ask that you follow the rules posted on the home page - if you request to join, be sure to follow those rules or you won't get approved!

I rate as soon as I open the swap. If I can't rate right away, I hold off opening the mail until I can rate. I do believe in giving hearts, even for e-mail swaps. The amount of time you put in is what earns a heart, and am a believer that email swaps can earn hearts as well. All swaps are welcome for me. (for multi-partner email swaps, I usually wait to rate until I've received from all partners.) I'm not a postmark reader, especially with current mail issues, BUT - If you're going to be late, just tell me. It's ok. I am more annoyed with a lack of communication than I am about being a few days late (or whatever) in sending a swap. If you send late and don't communicate with me I WILL rate you down! And, no, I won't consider changing the rating! Just communicate! It makes everything easier!

Holiday card swaps I'm not Christian and do not celebrate that aspect of a holiday, so I prefer seasonal images to holiday related ones.
I do like the retro/vintage re-prints of Victorian era holiday cards. They are so creepy, they're great! If they're not printed right, somehow it's even better! If you want to make a holiday card 'spooky' - go for it! Not really a fan of Santa, heart shapes (though anatomical hearts are fine!), crosses, etc ...

If you hand-make cards, I am very happy to receive those in place for a store bought card.


Thank you for the tiny return address labels, stickers and inserts you sent for my August WW! It was so nice to see you in my PO Box. Take your time and write back when you can. =D I look forward to hearing from you.


Congratulations on your youngest son's graduation !


TYSVM for the PC! It wasn’t necessary but I truly appreciate it. And I did love it !!! 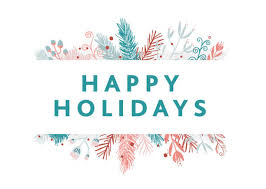 
Thank you for the WW RAK!!!! W O W! I absolutely love everything - and there is a LOT to love!!! Seriously thankful for all you sent and for your generosity. I will be using everything : ) Wishing you all the best in the New Year!!!!! xoxo


Anyone need playing cards? RAK -- Thanks so much for the playing cards. I will be adding all of them to my collection.


Thank you for the RAK of playing cards. Happy Holidays


Thank you for the wonderful package from WW Papercraft goodies!!


Thank you for the wonderful Papercraft RAK from WW. Love the pens and there is so many treasures in here. Awesome RAK. Happy Holidays


Thank you for the big stickers RAK that you sent to me. I really appreciate your kindness.