June 11, 2020 Many things are opening back up but I am still only going to just a few places as I am considered high risk because of my age and health issues. When I do go out if I have to get out of my car I will wear a mask. I also stay away from crowds. So far the only place I have gone besides store, Walmart, post office and drive through fast food is our local zoo and I go during the week there so numbers are fairly low.

March 24, 2020 My county in Kansas just issued Stay-at-Home orders starting Thursday morning for a minimum of 30 day. This will not effect my swaps as I can still walk down to our mail box area and put it in the outgoing box. The only thing is depending on the time it might not leave there till the next day so might be a little slower getting postmarked. So during this trying time everyone stay safe.

If I am going to be late on a swap for any reason I will contact my partner and the host. I would appreciate the same from you.

JULY 12, 2014 === Last year the Post Office moved our local distribution center from here to Kansas City. Since then I have had more mail go missing then I ever had in the over 15 years that I have been doing swaps on the internet. So PLEASE contact me if something is not received in a reasonable time.

October 29, 2018 I just went through my profile and updated it the only section I still need to do is my postcard section. I have also noticed that I have changed my swap habits a little. With the price of package mailing I am not doing package swaps except for US padded envelopes only. And they are not real frequent. I still do international swaps but mostly postcards or envelopes under 2 ounces no packages because international or large US packages do not work in my budget. Happy swapping everyone.

My favorite music is classic country. I also like some of the 50's through 70's rock and roll. Although no hard rock. Some of my favorite musicans are Elvis, Mel McDaniel, Johnny Cash, Chuck Berry, Billy Ray Cyrus, Patsy Kline, Barbara Mandrell, Roy Acuff, Hank Williams Sr and Jr. Dolly Parton. And many more.

My favorite books are older Sci-fi. Such authors as Iasaac Asimov, Robert Heinlein, Anne McCaffrey, and others. I also like some romance and mysteries these books I read and then pass on. The Sci-Fi books I keep and read over and over.

Update I got a Kindle Fire and since getting it I have found many books I want to read. Many are free although I do not mind paying for them if they are really good or are some that continue series that I have started. I no longer have the Kindle Fire because my grandson borrowed it and wore it out. 2nd Kindle Fire grandson broke. The Kindle 10 tablet I have now he is not allowed to touch. Also I have the kindle program on my computer and my phone so I still have my Kindle library with me no matter where I go.

It is really hard to choose. I like comedies such as "It's a Mad Mad Mad World", action adventure movies with Steven Seagal, Chuck Norris etc., sci-fi "Star Trek", "Star Wars" "Lord of the Rings" , musicals and lot of the old classics.

At present it is Cross Stitch, Plastic Canvas stitching and crochet. Over the years I have done fabric painting, sewing (mostly clothes), latch hook, paint by number, stamped embroidery and when I first learned crochet it was thread crochet then later I learned to do granny squares with yarn and that is mostly what I do today is yarn.

I also have several collections that we have been working on for many years. Now that I am older I have started selling most of the collectables that none of my family wants. Most of this will be done on Ebay and Facebook marketplace.

First is elephants I like them with their trunks up. I got my first ones at the Missouri State Fair about 40 years ago. My favorite is a ceramic one that is painted lavender with pink spots. I don't know why it just is. I have seen a cute one called Humphrey in the magazine Cross Stitch Crazy,

Next is Dragons. Hubby liked the really fierce ugly ones. I like the cute ones. I have several cross stitch patterns that I would really like to make but at present have not been able to get the supplies. And to go with the dragons we had to have wizards.

Next I have many different magnets. From hand made to souvenir maps. Many different Christmas ornaments that I have made or received in exchanges over the last 14 years. June 11, 2020 I just realizes it has been 24 years that I have been in exchanges. I started in Yahoo groups, and later in facebook groups then came here in 2008 when one of the groups that I was in moved their swaps here.

I am retired since July 2005. Worked 28 years for the city. We had 2 kids Daughter has 3 grown boys . Son has daughter and step-son. And I have 3 great granddaughters and 3 great grandsons.

Pets I have 1 cat Annabelle. She is grey and white and has one green eye and one blue eye.

Since I joined here I have began to collect postcards. Many are map cards, state capital cards. These I am going to list here so you can see what I already have.

THIS IS NOT AN UP TO DATE LIST. Will get it updated when I can.

International = Map card from the Bahamas, Canada, a map card of a river in France, 2 map cards from Japan - one is a pictorial map of Japan, New Zealand 5 map cards, Spain,
Santorini Greece 6 map cards, and a chart map of the great lakes between the US and Canada.

US States - As of Nov 18, 09 I have at least one of all states. I also have a Washington DC card and a card for the whole USA. I still love receiving map US mapcards as many states have more than one card. Especially in the swaps where you send them clean in an envelope. No Kansas cards unless vintage older than 1980. I live in Kansas and can get all the new cards as they come out.

State Capital Cards: I have reached the point where it is easier to list the ones I don't have so these are the ones I NEED. Alaska, Delaware,Louisiana, Michigan, New Hampshire, North Carolina and Rhode Island. Same as with the maps feel free to send others as most states have more than one card. And no Kansas Cards except vintage older than 1980.

And many different cards. If the swap sounds interesting and I can find or have cards to meet the exchange I will join.

Other swaps I have done are Biscornus,
Buttons, Ribbons and Buttons, Crochet potholders, Crochet dishcloths, Magnets (Store bought and hand made) Notecards, Christmas Ornaments I have also started doing ATC's and an occasional handmade notecard or postcard.

Some of the Disney PC swaps are asking for preferences and likes so here goes. I really like the older Disney movies and cartoons that I grew up with such as Dumbo, Cinderella, Snow White, 101 Dalmations, The Aristocats, The newer princess type movies I don't care for. The Pixar movies I haven't seen too many of but the ones I did watch were okay. I have the boxed sets the Art of Disney, The Golden Age 1937-1961 and The art of Pixar . I send out of these sets but if you want to send me these I love them naked and written on as that makes them special for me . The blank ones sent in an envelope are added to my to send box.

This is my wish list I wasn't going to put one on here but I have noticed that some swaps require one. So here goes.

This is for any handmade knit or crochet swap that I am in. My favorite colors are Blue all shades, Red all shades, and all Bright cheery colors. For something like dishcloths and hot pads I like varigated colors.


Thanks so much for the fun envies (and extra notecards -- cool!) for the AN July WTA. Very kind of you to send it! Love the papers and the envies are the perfect size. Thanks so much!


Glad thin mints made it to ya! Have a good day. We love Tagalongs too


Thanks for the bonus x-men chunk. Do appreciate it and love the stamps. Hope mine makes it to u soon. Sent W this am. Thanks so much Barbara!!! 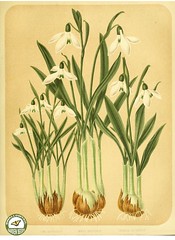 THANK YOU for a wonderful AN June WTA! You really stuffed the envelope -- it's very much appreciated!!! <3


I just found out on your blog: he's a she called Annabelle! Purrs from my gals to yours :-)

Thank you for a wonderful envelope of different animal cards that you sent for the AN forum March WTA. Loved reading your note. Will you believe it only arrived today?! These are crazy times.

Who's that handsome feline (boy, I'm guessing) on your address label? My kitties send their love!


Thanks for the stickers and postcards Barbara. I appreciate ya!