I just got back from a wonderful vacation (road trip with my husband around the north of Norway, visiting family and friends). Right now I'm going through the swaps that arrived when I was away, and will rate a soon as I've explored everything :D

Norway is still restricting mail to a few countries, so I’m leaving up this overview of countries we can’t send mail to.

Full disclosure: Due to me not reading the swap-bot rules and being completely oblivious, I had a profile here before this one. Username: pastell ratings. I made that account when I didn’t have time for swapping, and as a result it stood empty for years. When I was finally ready to use it, it looked dodgy as heck to other swappers and I was being dropped left and right from swaps. So I thought “ah, the swaps I’ve joined haven’t started yet, I’ll just drop out from them and make another profile! That’ll work!” I was then politely told that it didn’t work like that. This was … almost three years ago, and I’m still working on getting the profiles merged. Maybe it’ll happen this year!

My aim is to put a smile on my partner’s face, so I put a lot of time and effort into what I send out. I read my partner’s profile carefully to tailor the swap as much as possible to their liking and aesthetic. I will sometimes add extras in my swaps, but this is not for the heart – it’s because I notice that I have something my partner will enjoy. If my partner or the swap specifically say that extras aren’t appreciated/allowed, I won’t add anything.

A note on the Norwegian postal service: They operate Monday to Friday, which means that if I post something on a Friday afternoon, it most likely won’t get stamped until Monday. Same goes if I post something late on a weekday – it won’t get stamped until the next day. The new thing they’ve started is that they only collect/deliver mail every two days, so one week I’ll get mail M-W-F, the next week T-T. It’s incredibly annoying, but that’s the way it is. I’m pretty sure that mail from the post office is collected daily though.

Every swap I send out is accompanied with the anxiety of mail goblins that feast on outgoing mail, so please: Don’t get too annoyed with me if I ask if you’ve received your swap yet. And if I don’t ask and a reasonable amount of time passes – please let me know if you haven’t received what I’ve sent you. Because of this mail goblin anxiety I rate promptly, as one should.

I’m Kat, a creative soul from Norway. I’m happily married to the man of my dreams, and I work as an Early Childhood Education Teacher with the ages 0-3 as my specialty field. I love the great outdoors and adventure, just as much as I love my sofa and a good glass of wine. I’m the happiest when I can go to my room of creativity and write letters, create stuff and experiment with colour, papers and glue. Snail mail is my passion, and I love that I’ve found so many interesting people to communicate with on this site.

My interests and aesthetics are a mix and match of everything. I enjoy cute, beautiful, inspiring, lovely, and feel-good things just as much as I enjoy dark, twisted, weird, eerie, and inappropriate things. Even better if it’s all combined. In my room of creativity, I’ve saved an envelope I got once. It’s a row of Peter Rabbit and his siblings floating through space with flying and terrifying octopuses. I love it!
I’m not easily offended, and I am a living, breathing pile of sarcasm and bad jokes. Yay!

Lately I’ve been trying to freshen up on my German, as well as trying to teach myself some Spanish. I’m going about it the same way I learned English; reading the book in the language I want to learn whilst having the same book in Norwegian (now I can also have the English book) next to me, as well as a dictionary. I’ve bought Harry Potter und der Stein der Weisen and Harry Potter y la Piedra Filosofal already, so I have my hands full. But – I’ll happily accept recommendations of things I can watch/listen to/read/etc to get better. And if you speak German or Spanish and you want to write a little something in your language to me (not a whole letter or anything like that, wouldn’t understand much yet), feel free to do so :)

I dream of owning my own house with a kitchen garden.

Other random things:
- 90’s aesthetic – I love this decade. Clothes, music, movies, series, you name it
- Harry Potter. Proud Hufflepuff here
- Goth, grunge, emo and punk aesthetic and culture
- Folklore and mythology, especially Norse, Egyptian, Sámi and Celtic
- Crows, magpies, ravens and other so-called spooky birds
- The ocean, the coast and most things nautical and maritime
- Hygge, the cabin feel and everything cosy

IMPORTANT
I am deathly allergic to all kinds of nuts. Peanuts, hazlenuts, cashews, nuts in general. I can’t eat anything containing nuts, anything that might contain traces of nuts, or anything that was packed in a place that also store nuts. So that’s fun, and makes every dining out event an anxiety filled experience. Due to this, I would really appreciate a table of contents when sent any food or drinks. Most foods and drinks have one on them already, even tea bags. If they don’t have a table of contents on them, I won’t be able to drink them and I’ll either regift them or throw them away. I’ll be repeating this a lot, because I find that it’s necessary…

Tea
Nothing is better than sitting down with a nice cup of tea. I want to try all sorts of flavours, so please, send me the strangest thing you can find if at all possible. Just make sure that the tea bag has a table of contents on the back.
My all-time favourite flavour is ginger and ginger combinations. It’s a fail-safe, and I just can’t seem to tire of it.

Coffee
Scolding hot or icy cold, I love coffee! It gives my brain just what it needs to kick into gear. I’ll love any flavours, especially if it’s spicy. Just again, make sure there’s a table of contents somewhere on the satchel.

Hot chocolate
A favourite for the cold winter months. Same as above: Would love any flavours, especially spicy, just make sure there’s a table of contents.

Other food related stuff
- Anything spicy is right up my alley.
- I love sour candy. And salty candy. I don’t particularly care for super sweet candy.
- Would love some Wrigley’s Extra Stawberry flavoured gum, can’t seem to find it in Norway…
- Same goes for Lay’s Salt and Vinegar crisps, the ones that comes in small packets. Oh, and prawn cocktail!
- Food recipes. I love cooking, but I suck at finding new recipes to try out. Any kind of recipe will be highly appreciated, especially vegetarian/vegan recipes. I’m trying to eat less meat. Just, no nut based recipes, please.
- I’m trying to find chocolates that I can actually eat, especially with mint filling in them (because I looove it!). The problem is that almost all chocolates contain or may contain traces of nuts. If you find a chocolate (that isn’t Kindermaxi or Smarties), I would love to get some.

A brief overview of some of the stuff I like. In no way near completion, and I’m always looking for recommendations.

Reading is one of my favourite pastimes and browsing bookstores is another one. My all-time favourite is the Harry Potter series. I simply can’t help it. I grew up with the series, and it’s helped me through some tough times. My house is Hufflepuff, and my favourite characters are: Nymphadora Tonks, the Weasley twins, Luna Lovegood, Charlie and Bill Weasley and the Marauders.

My newfound obsession is horror/thriller/paranormal. Give me recommendations, preferably to stuff that will torment me psychologically for years to come.

Some books/authors I love: The Hitchhiker’s Guide to the Galaxy, A Song of Ice and Fire, the Lord of the Rings, the Hunger Games, Alice in Wonderland, Marian Keyes, Terry Pratchett, Stephen King.
I’ve just started reading an amazing Norwegian-Swedish series called ‘Sagaen om Isfolket’ by Margit Sandemo (The Legend of the Ice People), and I absolutely love it. I’ve read the first eight books in a matter of days, and I’m not slowing down any time soon. I’m in love :D

I love movie nights! Comedy, action, romance, fantasy, thrillers, dramas, horror … I really have no preference. I’m a sucker for a good action comedy though.
Eternally in love with Disney, Pixar and Dreamwork movies. The Lego Batman movie is amazing, and I will probably never tire of Marvel movies.
Suggest horror/thrillers/paranormal movies to me, please.


Welcome to Weirder Every Day!


YESSSSS! I am so happy you got my letter. Can't wait to get your reply, but... write when you can, no stress. Have a great time, stay safe!


Thank you for the beautiful envelope full of goodies you sent for the CPG Happy Mail tag. You really made my day special!


I agree, the cactus divider is aaaamazing!! :-)


Thanks for the birthday wishes! So happy to get a letter from you soon! 💕 :)


Got your letter!!! 💛🧡💖 😁 Excited to write back!! Also, thank you SO much for the beautiful goodies for the girls!💕 They are going to lose their minds when they see those sparkly butterfly stickers for sure! 😂 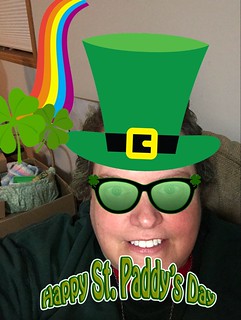