If you do not receive a swap from me, PLEASE!!, send me a message on swap-bot! Please contact me and let me know before rating! I will resend if you don't receive something! I ALWAYS send out my swaps!

Now about me....well, I'm a teacher of sorts from Florida. I like a great many things and really enjoy being outside, hiking, canoeing, letterboxing. I also like collecting pressed pennies whenever I go somewhere, or have family and friends collect some on their journeys. And I also like collecting coins from foreign countries. I find the different currencies really interesting. :) I like the colors blue and green; and I enjoy bowling, and drawing. I have several different favorite animals but the top ones would have to be Horses (Friesians especially), Mammoths, Okapis, Rhinos, Manatees, Owls, and Turtles.
My favorite holiday would have to be Halloween, I love everything about it! :) Favorite Month, October, it just seems to have the best weather, especially for this part of Florida. I also enjoy the magical side of life.

I enjoy a great variety of music, pretty much whatever catches my ear. I like the 50s, 60s, early 70s, some 80s and 90s. Some of my favorite bands/artists would be: The Beatles, Queen, Aerosmith, Pink, Empty Hats.

Some of my favorite songs would be ~Greensleeves ~Galway Girl ~"Lovers Concerto" by The Toys ~ "Smile" as sung by Robert Downey Jr. ~"Somebody to Love" by Queen ~"Did You Ever See A Dream Walking"-as sung by Bing Crosby ~"The Longest Time" by Billy Joel ~"Never Going Back Again," Fleetwood Mac ~"Mr. Bassman" by Johnny Cymbal ~"Lil' Red Riding Hood" by Sam the Sham and the Pharaohs

There are many different books that I like, and they tend to be in series. J.K. Rowling's the Harry Potter Books, Jim Butcher's The Dresden Files, Ellen Dugan books, and the Jean Auel's Earth Children's series. I also have quite a large collection of books containing stories of local hauntings, and from one of my favorite cities, St. Augustine. I also have many different animals books which make for good reference, not just for facts but picture reference in the study of drawing animals.

I have too many movies to name that are favorites and again they are many different types. But I will name some of the top ones. The Back to the Future series, The Harry Potter movies, Vibes (one of the funniest movies I've ever seen, love it!), Charlie Chaplin movies (especially 'Behind the Screen', 'The New Janitor' & 'The Kid'), Chaplin, Sherlock Holmes 1 & 2, Iron Man 1, 2, & 3, The Avengers, E.T., Enchanted, Practical Magic, Ghostbusters 1 & 2, The Indiana Jones series, Animated Disney and Pixar movies, the Ice Age series, the Lethal Weapon series, The Tenth Kingdom, Young Frankenstein, The Princess Bride, The Goonies, Date with an Angel, Mixed Nuts, Splash, Sense and Sensibility (with Emma Thompson and Hugh Grant) and Just Like Heaven.

I think I'm pretty crafty, in that I like to keep busy. I like making things and putting things together. In other words a total puzzle nut, love 'em. I also really enjoy drawing, especially animals and try to find excuses to draw them.
I enjoy trying my hands at different mediums and seeing what works like watercolor (not bad at that), but I always tend to drift back to my pencils, be it colored or my trusty graphite mechanical pencil.

"A day without laughter is a day wasted." - Sir Charles Chaplin

"Even the darkest night has stars, and hope shines brightest in the darkness."

"I reject your reality and substitute my own." - Adam Savage (Mythbusters)

"Wit beyond measure is Man's greatest treasure." (if you recognize this one, leave me a comment and say hi and where it's from! :) )

"Porthos dreams of being a bear, and you want to shatter those dreams by saying he's just a dog? What a horrible candle-snuffing word. That's like saying, "He can't climb that mountain, he's just a man", or "That's not a diamond, it's just a rock." Just." - Johnny Depp (Finding Neverland)

"You can't turn your back on Nature, or Nature will turn her back on you." - from the 'Quagmire' episode of the X-files.

"The Earth does not belong to us. We belong to the Earth." - Chief Seattle

"Someone who truly understands is a rare gift, And someone who loves unconditionally is priceless." -?

"In spite of everything. I still believe that people are really good at heart." - Anneke (Anne) Frank

â€œWhen you come to the end of your rope, tie a knot and hang on.â€ â€“ Franklin Delano Roosevelt

"The best and most beautiful things in this world cannot be seen or even heard, but must be felt with the heart." - Helen Keller

While it is not a very big list, I still want to get it out there. :)

-Magnets. Especially the ones that have the photos, with the name of the city, country on it. Or a really cool magnet that features something important or well known for that area. Not some cheesy mass market novelty one.

-Embroidered Patches / Iron-On Patches / AppliquÃ©s I have recently started collecting these neat Souvenir patches at different locations that I visit.

-Squished/Elongated Pennies/Coins. I collect these little pressed treasures where ever I can. :)

-Mapcard/ Map Postcard I prefer these sent naked through the mail. Nothing better than getting a postcard in the mail like it was meant to be, stamped and traveled. :)

-Anything that shouts, HEY! I'm from .... I also like to collect little things that just scream that they came from somewhere in particular. That you would not really be able to pick up just anywhere.

-Foreign Coins Not really a souvenir I know but I love foreign and old coins. I find them fascinating. How something so small can travel so far, visit untold numbers of people and places, for years on end.

The state mapcards, that I don't have any from are a few, but are as follows in case any one is interested in a private swap... RI, VT, and Washington D.C. If the state wasn't mentioned that means that I already have at least one from that state, but does not mean I still wouldn't be open to trades. And I'm always open to a trade for foreign map postcards!! :)

I am pretty much open to anything, but listed above are my favorites. :)

If anyone is ever interested in any kind of a private swap, please do let me know!

I live in Florida, pretty much in a tourist area, so my options are open. :) 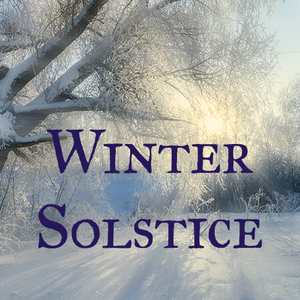 
Received your map postcard today. Thanks for angeling for International Map Postcard Swap #8 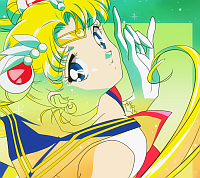 Long time no see - but I've a new swap running! A Sailor Senshi ATC swap! (If you feel like hosting an own swap, just message me! â™¥ I'd love to see our Sailor Moon club more active!) Feel free to join! :D


I'm so happy to hear that you received the PC I sent you :) thank you for rating me! Hope you have a wonderful weekend! 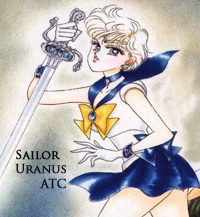 Hello! â™£ A new Sailor Senshi swap is our - about Sailor Uranus aka Haruka! Hope you join! (:


Hi l am glad you got your patch and thanks for joining in. Take care


Hey! The Sailor Senshi Club is back with a new swap! I'd be glad if you join it! (: 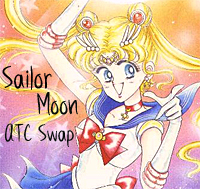