UPDATE: 4 years later, how time flies. My 23 year old son is now 29 as of yesterday. My husband and I just returned from Vegas once again and celebrated our 5th anniversary. The 3 dogs are still with us and we have a new cat Fiona. We now also have chickens. I thought it was about time to get back in the game with swap-bot 😃

UPDATE: After being gone from home 6 months, I returned. I was a very surreal experience. My brother is finally gaining a bit of traction.

I am back to my regular life and awaiting a trip back to VEGAS! My reward for the year I had.

UPDATE: I had to leave my home province on March 21, 2019 to be a support person to my brother as he underwent a double lung transplant. He was extremely sick and all his organs were shutting down by the time he received his lungs. He is fortunate they came when they did. While very much an up hill battle, he is finally showing signs of improvement. As I am not home, I am unable to take on any swaps at present.

Update: My partner, Carl, and I went to Vegas in May and returned a newly married couple. Now an old Mr. and Mrs.! Oh what fun we had!!!

Unfortunately in the spring, Doris the cat, passed away so it is just the dogs and us now.

I also have a new job, still with government but with a new department after 11 years with the one I had been with.

So it's been a year of change!

Greetings from Prince Edward Island (PEI) Canada. PEI is on the east coast of Canada and is Canada's smallest province. I am amazed at the number of people who recognize where I live. I think it may have something to do with "Anne of Green Gables". Perhaps you are familiar with her.

I live with my partner, Carl, combining his 2 dogs and 1 cat with my 1 dog for a total of 3 dogs and a cat. I have 23 year old son who is trying life out on his own. I work for the local government.

Some things I enjoy doing are reading, movies, walking, crafting, snow shoeing, skating, watching hockey, treasure hunting at the beach. I like to collect sea glass that I find while exploring at the beach.

As I work full time, I don't do a ton of swaps but I am committed 100% to fulfilling the requirements of those that I do opt to participate in. Always send and always rate in a timely manner.

I love music. Depending on the day, the mood, the music may change. One day it may be rock, next pop, next country.

The last concerts I attended were Bon Jovi, Steve Millar , U2 and Elton John.

Faves: On South Mountain, Eat Pray Love, The Notebook, A Tree Grows in Brooklyn, Sarah's Key, The Girl in the Blue Beret

Not a huge watcher of tv but I do have my Coronation Street weakness. Cannot get enough of it. Modern Family and Big Bang Theory are also good!

I am a great starter...but my follow through is less than desirable with my 'crafts'.

I am currently taking a rug braiding course though a local community school class. I am enjoying it and I will see this project to finish and am interested in making more mats. Wool is hard to find in this neck of the woods so I need to start collecting before I can start my next rug. Update - I started a 2nd rug. AND I found a lovely woman with a collection of 100% wool blankets so now I have enough wool for several rugs.

I just started another mat project...made from pom poms. Think it will be pretty but estimate I will be making pom poms for entirety.19 down and 181 left for first mat. Ugh. Update: Still at 19 pom poms.

I can crochet...but the unfinished afghan from 1989 may tell an other story. I am determined to finish it...someday.

Same thing...cross stitch started in 1997. A couple hours work and it would be completed.

Did a wet felting wall mural class on the weekend. Don't think it is something I will do again. Update: I went back a 2nd time. Can't say I love it anymore than the 1st. But I did get ideas for other stuff ie. home made felt balls that I made and created garland for my Christmas tree. I tried to felt soap...Epic Fail!

I love paper...and stickers and scrapbook stuff, card making....embellishments too. I am more of a collector than a doer of these items.

I finally organized 21 yrs of photos so perhaps the next logical stage would be to scrapbook....beings I have some materials :-)

I think pocket letters rather nifty but have only completed and sent 2. Perhaps I will sign up for some more of these swaps.

I am an avid sea glass hunter/collector. I love the ocean, the sights, the sounds and the smell. I will go every chance I get until the snow and ice won't allow me to go. I have collected over 35 pounds of sea glass this season. Now...one would think I would be a crafty sort with all this glass. Nope, just collect it and put it in nice containers and it sits around for visual purposes only. I love it and it makes me happy just seeing it. So why stress over trying to make something out of it.

I like surprises and am more than thankful for what you may choose for a tuck in if applicable.

I always honor the swaps I sign up for. If you don't receive something, please contact me. I always rate quickly as well and hope that you can do the same too. It is frustrating when you spend a great deal of time on a swap and then you hear nothing or send messages and they are never opened. 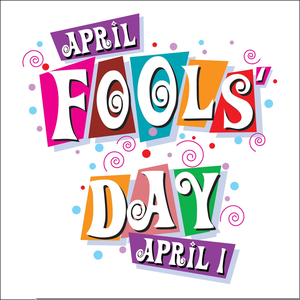 
Penny! Thank you for the surprise postcards in my mail - the Maine one is new to me, and I would still consider the Manitoba one to be a map card (part of it is, anyway).


Thank you for sharing your "i'm nosy email question..." list with me. It was fun. Neal


Hi, Penny - I've received the PEI map card, thank you! PM me when you're settled and we'll talk about the AB card.