UPDATE DECEMBER 2019 I no longer foster cats/kittens since mine have stomatitis. I take in blind cats. You may send text message to 623-734-5305 if you want to check on swaps I owe, incase I forgot about shipping day or something. Yes I still have issues with my memory so gentle reminders are appreciated.

I just started collecting DREAM CATCHERS. I have one that glows in the dark, an owl and then normal ones. .............. I have a really bad memory and its only getting worse!! IF MY SWAPS ARE DUE OUT OR LATE PLEASE TEXT ME (SEND MESSAGE TO THIS EMAIL, IT GOES TO MY PHONE) [email protected] I MAY HAVE FORGOTTEN..

IF YOU NEED TO CONTACT ME EMAIL ME AT [email protected] I haven't been getting messages from Swap-Bot.

Hello everyone, My name is

and I love to swap.

I AM ALLERGIC TO CINNAMON (BUT LOVE TO SMELL IT) & CAFFINEE (MOST CHOCOLATES HAVE IT). THOSE ARE THINGS I CAN'T EAT.. CAN'T WEAR METAL JEWELRY!! NO EAR-RINGS AT ALL!! I almost lost my ears to earrings!

I had 2 home busniesses one is called Low Cost Pet Clipping and the other is Aquatic Restoration Center (a freshwater fish rescue). Hubby made me get rid of the fish since electric went up $500.. Insurance made me shut down the other.. Which is now open as a hobby..

I have 11 indoor cats (most are PURE WHITE CATS), which I am allergic to and 3 dogs. I moved from Indiana to Arizona. I just love it out here.

I "rescue" momma cats and their babies. I give them a safe place to grow up and once they are old enough I get them all fixed and adopted out. I usually get stuck with the moms since everyone wants kittens. I can always use your unwanted pet items, I don't care that they are used.

I have sleep apnea and have to have a CPAP machine when I sleep. I found using this at night really helps. I also was able to take myself off all my meds for my allergies and asthma!! Just an added benefit.

My favorite colors are pink, purple, and blues (in that order and mixed..lol). I HATE green unless its on trees or the ground.

I LOVE RECEIVING HANDMADE ITEMS! Wish someone could quill this for me or video to do it.

I love paper quilling (always needing papers), rubber stampers, Sizzix/Sizzlits, CuttleBug/CuttleKids, and others.. Paper punches, paint by numbers, doing "fans". I always like getting books on craft projects so I can learn more.

I have a HARD TIME FINDING.. paper that looks like wood and Mulberry paper that is thin. Asian pictures, vintage things, things with Peacocks, seahorses, mermaids and penguins.

My most recent hobby has been making fairy dolls!

I would love to do swaps like the following, and would love the pattern for this first one:

I love this painting (it was done as an ATC). I wish I could get one to hang on my wall!

And I just love this picture...

Care Bears (especially Grumpy Bear), Oriental/Asian things, dust (don't send me this I have enough..lol), ocean/sea things for my bathrooms, pc games, music cds (all kinds especially country and relaxation), cds or books on scrapbooking or art things like Paper Quilling, card making and such.

I would love anything hand made ATCs, Skinnies, inchies, "dressers" from match boxes, and so much more! (doesn't have to be made right then, an extra of ones you have are great)

mint tins and other small tins. I do alot of small crafts and use these to organize..

die cutters (new or used) I have Sizzix machines with adopters.. I am really getting into Quickutz.

TINY paper punchers that you get from the $1 bins

tins and such to organize my small craft stuff.

pet magnets for my truck

DREAM CATCHERS really love those with more than 1 attached or in odd shapes.

Thank you for looking!

Sims, Mario Party, Zelda!!, Pac-man, Virtual Villagers, Escape from Paradise Island, Canasta card game (I AM LOOKING FOR A GAME CD WITH CANASTA, IF YOU KNOW OF ONE PLEASE LET ME KNOW), Build-A-Lot, WestWard, My Time in Portia.

I used to collect all Nintendo things but finally sold all my old consoles and games.

STUFF I HATE OR CAN'T HAVE

chocolate, caffeine, anything to eat with cinnamon-it will kill me (love to smell it),

color green.. unless on trees or ground.

flowers I have never been a flower person unless carnations. I will except them and do swaps with them but prefer something else if there is a choice..

shaving.... it hurts me to stand in the shower let alone do it on 1 leg to shave my legs... I have bad knees.. I hate having to use my shower chair to do shaving.. It makes me feel terrible since I am only 37..... I tried waxing but it only worked on a few patches.

plain white walls!! There are so many colors out there.. use them!

relaxation, sounds of ocean or instruments or animals/nature.

Mermaid Series # 3 Bronze judith van As @jmvav
due out by September 22, 2012 its Oct 23 profile page says... Sorry... But this member's account has been deleted. This means that they are no longer able to join swaps or even log into Swap-bot. ANGELLED BY tigermousecat

Images to print off via email***QUICKIE**** due out August 25, 2012 Caitlin D (mombiebrains) I pm and emailed several times no reply.. Same with others in the swap.. I can't believe someone would flake on an email swap!

Paper Fan Swap-International-Bath/Bathing Debbie T @coffeewithclouds Comment: Never got anything. I even extended the send by date when I was told by both partners they needed more time.. Was due by Sept 25 then by Oct 9 2012 Will change if I receive.. UP DATE...received Oct 26 2012 the fan I made her which I feel is very tacky to send something someone else makes. I am at a toss up on rating since she included 2 atcs and a bunch of other things to make up for the swap. I may change rating to 5 but for now I don't have it in my heart.. IF the stuff was in themes I liked I would have given a 5 for the thought.. Response: thanks for rerating sorry you didn;t like the ATCsor the card and I didn't want to send you my fan just didn;t thin I could make one and just wanted to send you something and its not like I tryed to say I made it anyway your fan is done all except the ribbon so lie I said I will mail it when I go to the doctores next week Debi

Paper Fan Swap-International-makers theme.. Allie D @curious
was due out by March 25 2012. Not even marked sent, no messages or anything.

Paper Fan Swap-International-travel-Donna B @donnaraebedwell was due out by March 25 2012. Not even marked sent, no messages or anything.

Fan swap - International - Cats..Tara D @BlackWolf .. It was due out by May 25 2009. I see you have been partially suspended for no sends..I heard she claimed to be dead and yet joined more swaps after her death.. 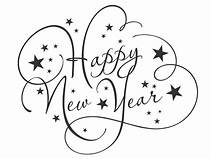 
Wishing you a wonderful Birthday! Stay safe out there. Blessings from Burbank.

Thank you so much for the lovely mermaids you sent for the November WTA in the MLU Group, they are much appreciated. I hope 2017 is a great year for you! The Mermaids you sent for the MLU May WTA are AWESOME! I can't wait to make some goodies with them! <3