To avoid going to PO during pandemic, for the time being I'm going to sign up only swaps that can be sent and received as a letter (i.e. contain only paper). Our village's letterbox is emptied 14:30 on workdays.

In case you are interested, I have a list of things sent/owning on the bottom of my profile.

I'm here mostly to swap ideas (for example for handmade items), not stuff.

So, for most swaps I sign up hoping to get to try something new, and also that I get some new ideas in exchange.
That means, if you are sending to me, don't be afraid to try something new. I'd love to look on an item you made/sent and think "oh wow, what an idea! I would never have thought of it!". If it meets the swap description, no matter how unusual the interpretation, it is a fair game (although, if you are afraid that I may not understand how exactly it meets it, you could add an explanation, so that I could feel the wow at once, not after confusion and PMing).

For swaps that require writing something (a note, a letter) it means that, given the content is the same, there's no real difference for me whether the letter is handwritten on pretty paper or printed on plain printer paper. There's no reason to apologize in the second case as some people have done, really! Actually, as I'm not a native English speaker, I often find printed text (especially in plain font on plain white paper) easier to read.

In general, I prefer practical over pretty. Yeah, weird.

It also means that I am not so extremely fond of receiving extras - I have lots of stuff already, and as I said, I am much more interested in the idea behind the swap items than getting more stuff. Extras do not affect how I rate you, anyway.
Also because of all the drama surrounding extras, I don't send any extras myself - I do not want to make my partners feel like they are under pressure to give a heart, and if they won't who knows where I will go and complain about rude people (not that I'd do that, but how would you know?). So - no extras, no pressure on my partners, that's the way I think. ;)

Another thing that my not caring much about stuff means is that I don't really lose any sleep if you send your swap out late or not at all. On the other side, I lose no sleep over rating accordingly, either.

I'd also rather not get angel packages, unless you allow me to angel something for you, too - I feel uncomfortable when receiving but not sending myself (or when receiving too generous packages).

Home: my husband, our two teen sons and two young daughters; no pets (unless you count free-range spiders) but a small garden.

I am Estonian, my husband is Latvian, children speak both languages (well, so do we). We live in a townlet near Riga, the capital of Latvia.

"Paha siga" in Estonian means "bad pig" - from a story of a piglet whining that he cannot burrow as either his snout is mangy or ground is frozen, resulting in a saying in Estonian said to people who complain about something and find fault with all solutions offered as well. I was often like that during my second pregnancy and to warn my fellow chatters (you know, trying to find solutions for someone just wanting to whine gets both parties angry) I changed my nickname to paha_siga on these occasions. Afterwards I stuck to it as it was far more original than previous nick.

This little pig in my avatar I crocheted specially for using as an avatar. I wondered after photographing whether I should find her now another use, for example, as a pincushion (making her therefore a porcupine - direct translation from Estonian would be "thorn-pig") but a friend told me that she looks more like a sad pig than a bad one and it is obvious from her face she knows about my cruel plan to stick needles into her. Now she lives in a tin cake that @dreamerkins made me for a swap and works occasionally as a model for my swap cards. :)

If you find spelling my nickname too difficult, you may just call me piggy.

But, what with my nick and avatar, pigs are actually not particularly special for me. I rather like all kinds of animals.

Two crafts I feel most confident in are knitting and crocheting. But I also do now and then a bit of sewing, play around with polymer clay, and actually like to try a bit of everything.

So as to give you an idea, what I do and on what level, here's a list of what I do have and use:

Most probably I don't even know what I'm missing, so if you read this list and think of something I miss, you should tell me! ;)

In the start of 2009, I knitted a bear who spent over two years traveling mostly within Estonia. Now he/she (we never came to decide) is living in Tartu Toy Museum together with all the things our craft forums hosts made for it... and, it seems, is now traveling around together with museum workers. That bear! I don't know how it manages!!

In my art group that I attend, we can use whatever media we want for drawing or painting. I have been using mostly coal, oil pastels and dry pastels, and recently started to try watercolours, although it seems easiest to use them for background and do the important details in something else. I also have some acrylic paints at home, but somehow I never know how to mix them.
We have mostly still life settings, of course, but more and more do people bring in photos they want to paint or pictures they want to copy (all purely for an artistic growth), so it may easily be that everyone does her own little thing. Especially for Art Days each spring - we usually need to do Something Else depending what the theme is. According to the teacher and also others, my pictures are often childish or just plain weird "only you can think of something like that" kind. (A coal and watercolour picture I did in spring 2014 was called, within the same lesson, childish by one person and macabre by someone else. Sheesh, I must be really clever.)

First of all, if you are reading this because you need to send me a flat profile surprise, any math or logic puzzle will do very well - pull it out of a magazine or print off internet, doesn't matter. Of course, if you find something else that fits the description, it is quite fine - I just thought to make this easy, as that part of swap would not be the one that made me sign up, so no point in putting too much energy into it.

Also, I don't collect unwritten postcards (except for maps and Navitrolla) or notecards, so if you are sending some of those, there's no point in making them to match my profile - but rather, the profiles of people I'm going to send them to. Which means anything (of sufficiently universal interest) goes!

That's just my personal opinion and doesn't include things that are in their natural colour - I'd rather have pink than green pigs, thank you. ;) If you make an ATC trying to convince me that pink and brown is actually a pretty combination, it's fine! I also have no problems using "ugly" colours when making something for others.

Do not hope to cause any warm feelings by insinuating that Estonia and/or Latvia is a part of Russia, ever.

I have promised to send:


Hi Pahasiga! I'm back after a long absence, and you are one of the few I've seen on the forums that I remember~! How have you been?


Happy Birthday to you !!!! Make it a nice day for yourself in this strange situation. Cindy 
I will drop you a hello from Germany :) I liked to read your profile! So lovely ❤


I've received the 4 seasons RAK! My very first fabric ATCs - so nice, thanks very much. 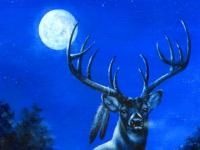 
Thank you so much for the Midsummer card!


Just received the Rhubarb Cake recipe postcard that you sent for - Merry Midsummer card RAK. It is a nice addition to my postcard collection. Thank you!!


Thank you so much for the Midsummer card! So lovely! The celebration sounds wonderful! Thanks again! ♥♥♥