Hi Friends!
(02/07/20)
Taking a break from swapping for a bit. I'll check back periodically.
(10/20/19)
After almost a year, Shelle @JocysMom and her family have finally moved home! Yay! They are very happy and excited to get back home and get back to normal (whatever that is after such a devastating and harrowing experience). Many have expressed an interest in helping out Shelle with her crafting (or other) needs after the fire. I know she was unable to salvage her ribbon and paper. I imagine her washi tape as well. While she does not NEED anything from you, she will slowly build up her stash, if you wanted to send something her way paper, washi tape, and ribbon would be appreciated! As always, the most appreciated items would be a card with well wishes, thoughts, and prayers!
Rick and Shelle Scott
Kiley and Katherine Scott
520 Fir Street
Paradise, CA 95969
(12/31/18) As some of you know, one of the founders of Swapping Shenanigans, Shelle aka @JocysMom has been displaced by the Camp Fire wildfire that basically destroyed Paradise, CA on Nov 8 , 2018. Several of you have already reached out to me asking what you can do to help. I do know she and her family would appreciate any positive vibes, thoughts, and prayers sent their way. If you would like to send a card of encouragement, she would welcome that as well. Their kids, Kiley (age 10) and Katherine (age 7), would love cards as well!

If you have any questions, feel free to message me. I'll answer anything I can. Please, don't feel as if you need to send anything other than a card with well wishes. At this point, they don't know what they will need. When they do have a better idea, I might do a "crafting supplies drive" for Shelle. I figure she will have to at least replace her paper supplies. We don't know for sure how much of the house has been damaged, nor what part of the house. I will keep you all posted, but it may be quite a while before we really know anything! This is all very overwhelming!!!

Please don't send extras (I don't rate based on extras anyways), I have SO MUCH and just don't have room for it all. I really need to destash...

I give hearts for those that go above and beyond on the swap, not on the extras sent. I do not expect extras in swaps. And really have too much of my own stuff, so, please dont send extras.

My niece, @BugLeigh is now my roommate, as of November 2017. Initially, we did not have the same address, but recently admin answered our messages and now we do have the same address. She is an established swapper and we do completely different swaps. Just wanted to be transparent about our address and swapping!

I purchased a postal scale so I can send my mail without having to go into the post office. If you receive a package from me that does not have enough postage, PLEASE let me know. It was not intentional and I will reimburse you!

If you do not receive a swap from me, PLEASE let me know. I will resend. You can message me through swap-bot or my personal e-mail [email protected] I've already been flaked on (one of my first swaps! :'( BOO!) and I did not enjoy the feeling. I will not do that to someone else. I spend a lot of time on and put a lot of thought into my art and want to share it and get all the accolades from my partners! :) I won't flake! I won't be late unless it cannot be avoided (death, dismemberment, that kind of thing), and I will notify you if that type of thing happens.

I also find it sad that anyone would have to place info like this on their profile... :(

I'm a 40 something kid-at-heart. I'm happily single and have no children.

My sister @AnitaHames got me started here. She's been swapping for a while and finally talked me into joining. I'm enjoying it so much! My oldest sister @JocysMom is swapping now as well! Her daughter, @BugLeigh has also begun swapping! We are a crafty/artistic group!!!

I'm a Registered Nurse working in a Neonatal ICU. I love my job! It's so rewarding watching these tiny babies grow and get healthy and strong!

I work 12 1/2 hour shifts 3 days (in a row) a week. And I work at least 2 extra shifts a month (I have a very expensive hobby and travel habit)! I have an "8 days in a row" off stretch, which is when I usually work my overtime shifts. The rest of my work days are crammed into the rest of the month. Whew, this is a very exhausting schedule, but I LOVE my job and the time it gives me to live my life. I'm putting this here so you can see that if I'm working, I may not get back to you the day I read a message. And, when I'm working, I can't create (I need my sleep). So, if you need to get in touch with me, be patient, I will get back to you ASAP. And, if you need me to resend, be patient, I will resend. I may have to wait until I'm off work to recreate your swap.

I volunteer for the March of Dimes Arkansas Chapter. I make footprint cards for the babies in the NICU @ my hospital (holiday themed & baby themed embellishments and papers welcomed! I usually make 60 cards at a time tho...). I also help with Prematurity awareness month (November), and other fundraisers, and functions held at my hospital for mom's and families of newborns and premies.

I am a paper artist! Mostly I make greeting cards. I also make book marks, ATCs, Inchies, Artist tiles of all sizes, envies, mail art, and scrapbook. I draw a bit; zentagles and doodles mostly. In high school and college I drew a lot.

I love printed papers, stickers, cutouts, embellishments, and anything ORANGE!

I have a small Cricut and a Big Shot. I have a lot of Stampin' Up products. And, thankfully, I'm lucky enough to have a craft room! It should be a guest room, but... Priorities!

I learned how to "arm knit" and made a lovely, tho messy, infinity scarf! Now I want to learn how to knit for real!

"Picking five favorite books is like picking the five body parts you'd most like not to lose." Neil Gaiman

I love to READ!!! I've always loved to read! Yes, I was a book nerd in High School, and proud of it! I always bring a book along, just in case. It stresses me out if I forget one...

A few of my favorite books (and series): Harry Potter series, In Death series by J. D. Robb (aka Nora Roberts), Scarpetta series by Patricia Cornwell, Odd Thomas Series by Dean Koontz, Stephanie Plum series by Janet Evanovitch, Thursday Next Series by Jasper Fford, The Parasol Protectorate series by Gail Carriger, The Book Thief by Markus Zusak, The Road by Cormac McCarthy, The Call of the Wild by Jack London, The Diary of a Young Girl by Anne Frank, A Wrinkle In Time by Madeleine L'Engle, The Hitchhiker's Guide to the Galaxy by Douglas Adams, Charlotte's Web by E. B. White, To Kill a Mockingbird by Harper Lee, The Tale of Despereaux by Kate DiCamillo, James and the Giant Peach by Roald Gahl, The Call of the Wild and White Fang by Jack London, Anne of Green Gables by Lucy Montgomery, Are You There God? It's Me, Margaret by Judy Blume...

I'm in a book club. We meet monthly and typically read a book a month. Current Book Club Book: The Invisible Library by Genevieve Cogman

Some of my favorite books we've read in book club: The Thirteenth Tale by Diane Setterfield, The Art of Racing in the Rain by Garth Stein, Homer's Odyssey: A Fearless feline Tale, or How I Learned about Love and Life with a Blind Wonder Cat by Gwen Cooper, Odd Thomas by Dean Koontz, The Ocean at the End of the Lane by Neil Gaiman, Life After Life by Kate Atkinson, Uprooted by Naomi Novik, The Martian by Andy Weir.

That said, I'll read just about anything! I prefer fiction. Sci Fi, Horror, Mystery, Young Adult, funny! My "guilty pleasure" is a good historical romance novel set in Regency England (a little earlier/a little later as well). I really don't feel guilty about that tho! ;)

Favorite Television I'm a bit of a SciFi nerd and British TV nerd. My favorite television series': Doctor Who, Sherlock, Star Trek (all series, but my favorite is The Next Generation), Firefly, Warehouse 13, Criminal Minds, Psych, The Graham Norton Show, NCIS, Mike & Molly, The Big Bang Theory, Modern Family, Haven, Grimm, Person of Interest, Face Off, Falling Skies, So You Think You Can Dance, Wipeout, Top Chef, Project Runway, Ripper Street, Copper... I watch a bit too much TV...

Favorite Movies I love going to the movie theater to see a movie! The big screen, the sound, the popcorn... It's the whole experience. I lean towards Sci Fi, action, and comedy; but I do enjoy a good drama, suspense, and the occasional romance as well. Don't really watch horror movies, they give me nightmares! Eeeeeek! It makes me sad that movies are so expensive these days. I don't get to go as often as I would like because it costs too much... :-/

I love to travel! Anywhere, anytime.

Summer 2018 was a trip to northern CA and an ALASKAN CRUISE! Alaska was beautiful! I really want to spend more time there! Spent 2 weeks in Iceland in 2017. We had wonderful weather, which was a good thing since everything we did was outdoor related! Even though the country is small, we still didn't have time to do everything we wanted! We gave it our best shot!!! We do need to go back in the winter for the Aurora Borealis. ICELAND was AMAZING!!! Getting home, on the other hand, not so much. After delayed flights, some misplaced luggage, flat out lies from Air Canada employees, a cancelled flight, sleeping in a freezing airport, more misplaced luggage, and 41 hours of travel time, we finally made it home.

Spent 3 weeks touring England, Scotland, and Ireland through a College English course. We hit all the great "Literary" sites: Shakespeare's birthplace, Potter Farm, Thoor Ballylee, the Lake Isle of Innisfree, the Lake District, Warwick Castle, Coole Park, Glamis Castle... And many other places. It was an amazing trip and I fell in love with the UK and Ireland! My sister went on the trip as well. And in June of 2015, my sister, her husband, and I went back to England, Scotland, Wales, and Ireland! We did some of the same stuff as before, but a lot of new stuff as well: Loch Ness, The Doctor Who Experience, The Isle of Skye, Skellig Michael (super cute PUFFINS!)... It was amazing!!!

I have also cruised Italy and Greece (with my sister). Another amazing trip! Venice is beautiful! Rome is exciting! Athens is so vibrant! Santorini and Mykinos were absolutely tranquil! And the food! Oh my!!! During this cruise we also made a stop in Turkey (the bazaar!!!) and Croatia. 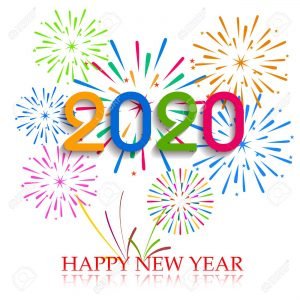 From the USA Happy Mail group If you have a fall birthday (Sept-Nov) and would welcome profile greetings from fellow UHM members on your special day, be sure to post your birth date (month & date only) in the UHM group forum!


HI! Agree about growing a thicker skin - sometimes folks just get their feelings hurt so easily over silly stuff! If she also did not care for the book, why did she think others would or should! We humans are way too sensitive at times!! LOL! Thanks for making me feel better and Happy Reading! :)