7/2020-After taking a break from Swap-Bot, I am back. I'm mainly interested in book and postcard swaps for now. My boys are now 19 and 20 and attend college. We lost our two Boxers to cancer and an accident. We have a new Boxer, Aria who is one year old.

I’m a mother of two teenagers (16 & 17) living in a small town. I also have two Boxers. I love to read, create mail art, take pictures, and hang out with family and friends. I can't survive without coffee. I try to treat others the way I would want to be treated. I love everything that has to do with snail mail and stationery.

My taste in music ranges from "you need to listen to this" to "I know, please don't judge me." Al Green, Otis Redding, Adele, Gwen Stefani, Twenty One Pilots, Maroon 5, Blake Shelton, Marvin Gaye, Bruno Mars....the list goes on.

My current favorites are Queen Sugar, Peaky Blinders, Ozark, The Voice, Mayans, This Is Us, and Yellowstone. Past favorites were 24, Big Bang Theory, Being Mary Jane, Nashville, & Scandal.

Postcards of your photography,

If you need a topic to write about, I would love a book recommendation or your favorite book quote.

My favorite things are

Please take the time to rate me and I will do the same for you. If for some reason you are missing my rating, please feel free to contact me so we can resolve this matter quickly. My goal is to get swaps completed so they can be archived in a timely manner.

The Pearl That Broke Its Shell by Nadia Hashimi

The Giver of Stars by Jojo Moyes

The Midnight Library by Matt Haig

What Alice Forgot by Liane Moriarty

The Island of Sea Women by Lisa See

The Survivors by Jane Harper

Then She Was Gone by Lisa Jewell

Every Last Fear by Alex Finlay

We Begin at the End by Chris Whitaker

What Comes After by JoAnne Tomkins

What Could Be Saved by Liese O’Halloran Schwarz

Pack Up the Moon

The Unwilling by John Hart

The Count of Monte Cristo

Please don’t send me the following: Reward stickers or anything political.


Thanks for sending home RRTPC #68. And I love Sarah Barellis too :)


Thank you, Reyna for coloring the last section of the coloring collab (#30) and sending home. Your blue background and all glitter gel pens really make your section stand out. Thanks!! ❤️❤️


Thanks for working on my coloring collab postcard and sending it back home! :) I love the shimmery markers/pens you used! 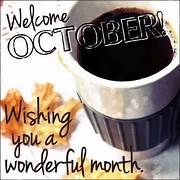 
Got your world postcard day postcards today! You’re too sweet to think of me!


Thank you for sending my Coloring Collab postcard home!


Thank you for sending back my coloring collab postcard! I love all the collaboration swaps and this is the first thing that’s ever made it’s way home to me. I love how it turned out!


Thank you for sending my card back with your reading recommendations! I hope you're reading something good this weekend.