29 July 2009 - Well, it's only 2 weeks until the due date of my baby rolls around, so for now, I am not signing up for any swaps - as I'm not certain I'd be able to commit to them (I'm hoping bubs wants to arrive a little early!). I'll still be checking out swap-bot every day while I can, but if I disappear for a while, then you all know why! I hope to be back as soon as possible, but as this is my first baby and I have no idea what to expect, it may be a couple months before I'm in rotation again. But I will definitely be back! :)

07 March 2009 - Just a note to say that I'm scaling back on my swaps a bit, as my husband and I are super busy getting the house and nursery ready in time for when bubs arrives - there's so much to be done! Once everything settles down, I'll be right back into it, I promise!

Hey there! I'm Ebony, a 27 year old Australian female. I'm very happily married to my wonderful husband, and now we have our first baby on the way, due in mid-August 2009! It's so exciting! We also have two very cheeky dogs and two cats (but secretly, between you and me, I'm much more of a dog person!). I lived in Japan for a year from mid-2006 to mid-2007 so I love anything with a Japanese / Asian theme. I love anything creative, but my biggest passions are scrapbooking, cardmaking, ATC's, cooking and penpalling.

My favourite themes for swapping are as follows:

I will always send my swaps before the deadline, and if for whatever reason I'm running behind, I will communicate with you to let you know. If you haven't received a swap from me in the mail, please contact me before you give me negative feedback, as sometimes I don't trust Australia Post!!! I put a lot of effort into the things I swap, and I do expect the same in return, as it's only fair.

I rate quickly and fairly, and I give hearts according to the level of effort put into the swap. I don't think it's fair for swaps to be rated on extras. If an extra is relevant to the swap, or if I think it is something my partner will like (I always read my partners profile), I'll send it, but I can't always do this and nor do I think others should.

As well as group swaps, I'm more than happy to participate in private swaps of any creative kind - so if you're interested, let me know! :)


Thank you for being a member of LetterSet Lovers! Group. We will soon have new and fun swaps. Hope you will join us!! ^-^ 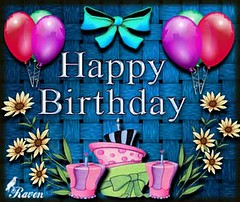 
Congrats on the birth of Mia Eden!! Big hugs for you and Matt xxxx


thank's for the kawaii goodies:)


Thank you for my chunky pages for the Group PIB!! I love them both so much and the black one is my favourite! I will reply to your FB mail tonight doll. Love ya xxxx


Welcome to the Edibles Swappers International group! I'll look forward to seeing you around the forum. :-) Congratulations on your upcoming arrival; it won't be long now!


Thank you for the lovely pink chunky page + all the extra papers for the chunky page pib game! What a nice surprise in today's mail!


Welcome to the group!