Important: I am so sorry to the few people I owe swaps to. I had some health problems this last month that have really put a strain on all of my work. After I send your swaps out (and don't worry, I promise I will), I think I will be taking a break from SB for a while. I love this community, even though I've only been here a short while, but it's been a rough month and I'll be moving soon, so I don't think I have the time to dedicate to this project right now. I want to thank those that I owe swaps to though, for being patient and not rating me a 1 (even though I think I am beyond deserving of it right now). You all are wonderful and I hope I'll be able to participate again soon.

I just transferred to Savannah College of Art & Design from a tiny school where I was a painting major. Art is pretty much my life. I'm also learning French and Icelandic right now... and oddly, Icelandic is coming much more naturally to me.

I love getting people to not only think outside the box, but to step outside their own boxes. Do something unusual. Do some creative problem solving. Don't ever say you can't do something because chances are, you can; you just haven't figured out how to yet.

Some things I'm into

Some things I'm not that into

Glitter, bugs, anything terribly girly, and people who take themselves too seriously.

I'm really into indie music, especially indie folk (think Andrew Bird, Band of Horses, Rosie Thomas, Sufjan Stevens). I also really like anything avant garde when it comes to music, anything experimental and isn't on the radio. Tom Waits is the love of my life.

I'd like to clarify that rap and hip hop are different genres. Hip hop is about mixing beats and dancing and is generally pretty great. Rap, however, is about women and bling and money, and is never okay. Unless it's the Beastie Boys.

It would be much easier to list my dislikes though:
Pop (like Hannah Montana, Justin Timberlake, Britney Spears, etc.)
Rap (as previously described)
Punk and Ska
Political Country (regular heartbreak and love affair country is fine though)
CCM (like anything you'd hear on KLove... except Mark Schultz. I really do like him.)

If you're really interested, check out my Last.fm to see what I'm listening to lately.

Pleasantville, NÃ³i, Being John Malkovich, The Constant Gardener, Speak, Fargo, Harold and Maude, Crash, The Edukators, Pride and Prejudice, Alphaville, Moulin Rouge, The Girl with the Pearl Earring, Stranger than Fiction, Elling, Kitchen Stories, The Chronicles of Riddick, Breakfast at Tiffany's, The Hours, There Will Be Blood

I don't have a favorite color.

But I do have a favorite color pallet. 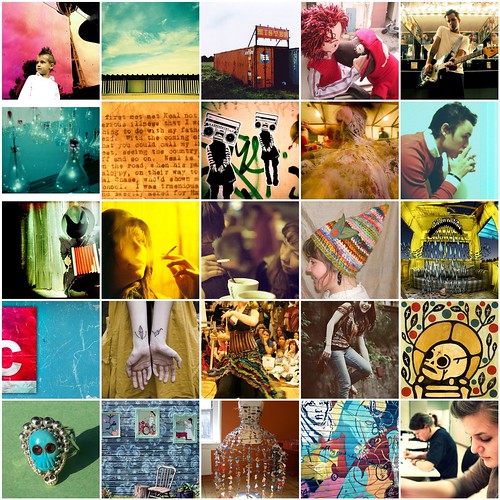 
So glad to have you as a member of the Amalgamated Vegan Society!