It's about time that I redid my profile, I think!

I'm 27 now, and I live in Spokane, Washington. I'm still a college student, but I'm on my last year of that! I was majoring in Secondary English Education and endorsing a History degree to teach that as well, but that got way way too stressful, so I tossed it out at the very last minute and changed to Technical Writing. I would still very much love to teach, but that will be left as a possibility for the future.

I have many upon many siblings. Only four of them are actually blood related to me, though, and only one of those is fully related to me. Gayle Schoen, who some of you might well know and love as she swaps on here and has been noted as one of the best swappers ever, is my stepmother and my best friend. Guess that's just how these things work out sometimes! I live with her and my dad at the moment, who's an ass, but it's far far cheaper than living in a dorm. I owe enough for school as it is.

Things I like to do most include roleplaying, as that's just a lot of fun, writing when I get the chance, singing, drawing, and playing with computer graphics. I'd actually like to get into any craft though. Frankly, I think crafts rock, and making something of your own is great. I just wish I was better at it! I'm getting started on making ATCs and seeing how well I can do with these. Hopefully I can please the general population to which I send them!

Some of my favorite things include the following: I really really like dragons a lot. They're my favorite mythological creature like... ever. I also love unicorns. The farther from a horse the unicorn looks, the better too, though the horse ones are okay. I just like more traditional unicorns better. I really like anything mythological at all. It's all super cool. I'm obsessed with mythology and find it fascinating.

My favorite animals are wolves, stags and deer, horses, and large cats. Of course, I'm not very picky with my animals either. I love them muchly. Oh, and I forgot to include corvids. I love corvids of all sorts, especially crows with ravens as a close second. They're amazing creatures and completely underestimated by most of the human population.

I collect different sets of playing cards too. I find them awesome. I love them muchly. The cooler, the better. I also love to read all sorts of different books, though I think I like classics the best, at least usually. I love quite a few Fantasy books, but I'm pretty picky with what I read there.

I am not a sci-fi person, so you all know. I love fantasy, but sci-fi pretty much bores me for the most part. There are occasional exceptions to that rule, such as Star Wars, Star Trek: Voyager, and other really really good stuff, but that's about it.

Oh! I'm an avid Seahawks fan! And I tend to be very disorganized. Can you tell?

My favorite season is winter, and my favorite holiday is Christmas, and I don't like peanuts, but I do like peanut butter, so you know!

Favorite Colors: Due to popular request, here are my favorite colors!

I tend to like darker colors better than lighter colors and richer colors as compared to muted colors.

I think that's enough for now. I might add to it later.

I love everything... I'm serious. I have from rap to metal to country to filk to video game soundtracks. If it has a good beat, reasonable lyrics (and I'm talking depth, not "decency"), and is music, well then, I like it. I'll try any music once.

Save the Last Dance is my favorite movie. Other than that, I really love Amistad, the Lord of the Rings, the Harry Potter series, and just all sorts of movies, really.

American Idol is my favorite... Lost is right up there as well. But I don't watch too much TV at all, so that's about it.

Oh, Are You Smarter than a 5th Grader is pretty cute too, except that I should be on the show.

I love to draw and write mostly. I also like working with computer graphics, though. That's become a hobby of mine too.


Hi! I just drop in because I've created a swap what may interest you, please check it


Join my swap to be able to swap mix CDs again!
Go here: Join The Mix Fix on Yahoo!


Thank you for the hot chocolates! I can't wait to have some! xoxo


Come and Check Out the "Something from the Heart Swap" @ Hot Swappers-Bi Weekly Swaps:) http://www.swap-bot.com/swap/show/32152


Thanks much for joining my Ultimate Easter Basket Swap! :o)


Hey there! I just wanted to thank you for the Bird Themed Swap I recd from SU...I am not there anymore and didn't have an email address for you so I decided this was the best way to contact you...Thank you for the stuff. I love it all...lovely swap. I never did hear if you received mine or not...Hope it was to your liking. Thanks for sending to me--I honestly didn't expect it after I was gone from the group, so thank you very much! 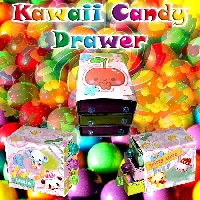 
Youre invited to join my I love my Garden Gnome Swap http://www.swap-bot.com/swap/show/27812. Hope to see you there!


There are only about 10 days left to send to @donnadmb for the Etsy Addicts Winner Takes All #5. When you have purchased something from her favorites, please let us know in the forum. Thanks & Happy Holidays!