I am currently getting in touch with swappers to resolve my ratings and complete swaps. I am happy to answer questions as to why I have been gone since 2012 if you want to message me but will not be posting my reasons publicly (my reasons will also be explained to those I owe swaps to privately.)

I pledge to other Swap-bot members to:

I'm a thirty-something mum of four (2 girls, 2 boys). I also have a DH, two black cats called XBox and Chaser and a golden labrador called Sadie.

I love all sorts of stuff, including sending and receiving snail mail, postcards, mail art, cross stitching, stationery, journalling, card making, arts and crafts in general, reading, listening to music, blogging and much, much more. There's an extensive 'like' list further down :o)

I'm a bit crazy sometimes and often do things on a whim, and I'm a sucker for impulse purchases and decisions, but I've lived most of my life on impulse and it hasn't done me wrong so far :o)

My nickname is Bert. Or Es. Depending.

Ryan, my DH, is a major Star Wars fan. And Star Trek come to think of it. He also loves his XBox 360, and is especially into Forza 3 at the moment, although he has recently spent hours on DragonAge Origins and everything that comes with it. Not that I'm complaining, cause I'm not - it's nice that he has something to do while I busy myself away!

CJ is my eldest daughter. She's 10 and a 'real' girl: she loves flowers, butterflies, temporary tattoos, tracing, drawing, colouring in, art, postcards, and all sorts of buttons and beads and stickers. She collects pretty much anything and is a major hoarder, and never wants to throw things away, even if they're broken. She loves the colour orange and has a major obsession with Doctor Who and the Sarah Jane Adventures.

Ronnie my second daughter and second eldest - she's 9 and there are only 51 weeks between her and CJ (I always joke that they may as well be twins!) Ronnie is not as much of a girly girl as Caitlin, but is still quite girly. She loves art and crafting, bright colours, music and dancing, and really enjoys gymnastics. Her favourite colour is pink and she also likes stickers, SpongeBob and chocolate.

Seb is my eldest son and he's 4. At the moment he's loving Thomas the Tank Engine, and he loves cars in general as well as Cars the movie. Toy Story is also becoming popular. He starts school in September and loves toy cars, toy trains, bikes, trikes, football and sand. He also loves Ben 10, Ben and Holly's Little Kingdom, Peppa Pig and absolute anything and everything to do with ladybirds.

T is the baby. He's 1 and likes chewing on his soother, and kicking about on the floor. He's walking now - the house has moved up a level towards the ceiling, again :o) He likes toy cars and trains, soft teddies, books and sleeping ;o) He's a little mover and groover and loves music, stories and nursery rhymes.

I like mostly rock music, but I'll pretty much listen to everything and anything. Some example of bands I like are: Guns 'n' Roses, Skillet, The Weepies, Plumb, One Republic, Aerosmith, Queen. I also like Enya, Celtic Music, Ladysmith Mambazo, and a lot of classical music, especially violin including but not limited to Vanessa Mae.

I'm about as diverse in reading as I am with music. I'll read anything (well, mostly!) I love Stephen King, but I also have a major "thing" for The Twilight Saga (I'm Team Edward, but I'm not horrbile about it - I respect Team Jacob and Team Switzerland - and I'm much more a lover of the books than the movies. Love Edward/Bella) Anyhoo, my major "thing" for Twilight has resulted in a fair few impulse buys and ended up with me having a ridiculously large collection of the various versions of the books - so much so, in fact that I need to add a shelf. I did the same with Tolkien's Lord of the Rings, which I also love. I've recently read Neil Gaiman's Graveyard Book, and it's made it onto my favourites list - it was recommended, and once I picked it up I couldn't put it down - the man called Jack is a character that will stick with me in the pit of stomach for all time I think, and Bod and Silas, along with all of the graveyard characters are those that will keep a place in my heart. Then there' are the classics - Austen (Pride & Prejudice), Emily Bronte (Wuthering Heights), Charlotte Bronte (Jane Eyre), Charles Dickens, Shakespeare (swoon) and I go a tad nuts on those too. Fairytales - I love fairytales (Grimm and Andersen versions - they both rock in my opinion) my favourites? The Elves & The Shoemaker, The Little Match Girl, The Nightingale, The Pied Piper, The Princess and the Pea, Puss In Boots, Rapunzel, The Raven, Rumpelstiltskin, the Six Swans, The Snow Queen, The Tinderbox, The Ugly Duckling... And then of course, there are the kids classics - Dear Teddy Robinson, Paddington Bear, AA Milne's Winnie the Pooh, Roald Dahl's selection and so many more - don't even get me started on poetry!

There are so many I love, but to name a few: Star Wars, Gladiator, Troy, Once Were Warriors, Equilibrium, Close Encounters, The Time Machine, The Lake House, The Shawshank Redemption, Letters to Juliet, Never Been Kissed ... (yes, a good romance movie always gets me, and a good epic is faboo)

I'm also a complete sucker for brat pack movies - St. Elmos' Fire, Pretty in Pink, Mannequin (Andrew McCarthy is one of my major crushes in life) and many more.

I'm a die-hard Buffy and Angel fan. I've loved them since the beginning and I'll love them til the end of me. I have a huge collection of various memorabilia, including videos and dvds, statues, games, shot glasses...

But I also love Firefly, and Lost, and I'm extermely partial to Doctor Who (particularly 10 and most especially 11) Quantum Leap and Star Trek are on that list too. I'm also really liking the new Hawaii Five-0 series:o)

I love cross stitch - cross stitch is my ultimate craft, but I adore card making, or just crafting in general. Since joining SwapBot I've made ATC's and I've totally and utterly fallen in love with Dotee Dolls and journals! I'm also dabbling in zentangling, coin purses and bags. Still, I'll try my hand at most anything.

I snagged these off @hollycm6 profile - cause I think they're fab! 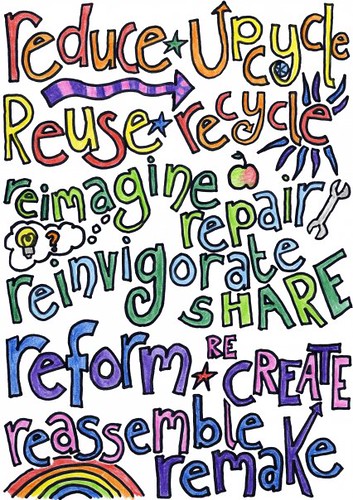 Ok, here's what I like, it's a bit of a list, but if it helps people when they're checking out my profile for stuff then that's funky :o)

As for my wishlist, I'm open to pretty much anything on my like list, but there's a few things I've seen that I've been intrigued by and would love to have, just so I can see what they're like :o)


How is it going over here? You getting your stuff out darlin?


Hi there Esme, was checkng to see if you have received your august artifix journal yet?


Hanging out in chat - hoping to catch a glimpse of my Shadow! hugs


Just dropping by your profile to let you know that I hope you are okay...

I hope your day is wonderful!


I put your completed Composite Zentangle piece in the mail to you this morning - enjoy!


Come check out the next Poochie Bag swap


I put your completed zentangled piece in the mail today.