I love picking out postcards and preparing packages almost (if not) as much as receiving them. If there is an issue with what you received, please let me know before rating! I will work with you to resolve it! If you have not received a swap, please let me know!

Request: for swaps in envies, please do not put post-it notes on the back of PCs. I've received several like this, and they leave a sticky residue which ruins the postcards. 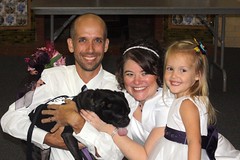 I received a postcrossing postcard mentioning swapbot, so I signed up! I primarily joined to swap postcards, but I occasionally venture into other swaps as well.

My many collections include postcards, magnets, state zipper tags with my name, snow globes (from places only), beads, pigs, pugs, corn, and yarn. I have started making smushed pennies...we'll see how that goes.

I enjoyed collecting the state quarters. I filled up my collector's book, and thought I was done, but I just saw a new quarter for Guam! I am also collecting the National Park quarters. I just got a collector's book and realized that my collection is completely incomplete! I only have NP quarters from 2015, so if you happen to have any from earlier years, I'd love to take them off your hands and am happy to do a private swap!

I like Spongebob, Picachu, Richard Scarry, and Oscar the Grouch. 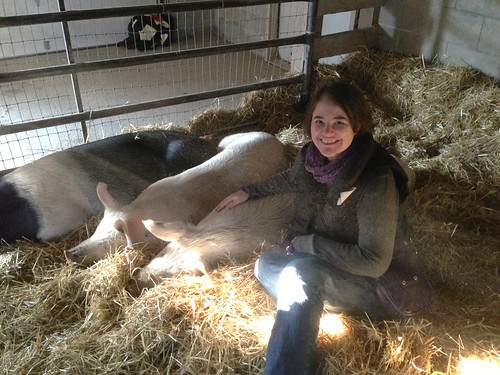 Walter is 10 years old and king of the castle. He has attitude, but I guess he's earned it! 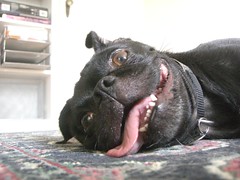 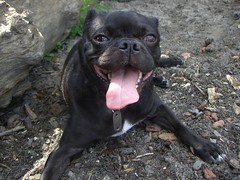 Lily is 4 year's old and is the middle in terms of age, but we just adopted her in 2013. She had been used as a breeding dog, so now she is enjoying the life of luxury. 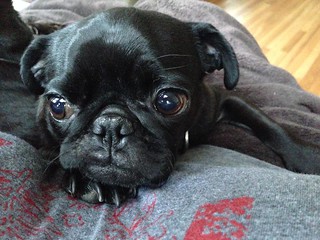 Norman is wild, crazy, and goofy. At 3 year's old, he's the baby of the family. He is cuddly and funny and loves to play. 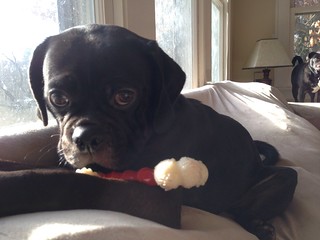 Find me on Goodreads!

"Donâ€™t say things. What you are stands over you the while, and thunders so that I cannot hear what you say to the contrary."--Ralph Waldo Emerson

"Let us not become the evil we deplore."--Barbara Lee

"As long as people will shed the blood of innocent creatures there can be no peace, no liberty, no harmony between people. Slaughter and justice cannot dwell together."--Isaac Bashevis Singer

"The conventional view serves to protect us from the painful job of thinking."--John Kenneth Galbraith

Unless the swap specifies enveloped, I prefer my cards "naked"! I love having the stamps and postmarks on the card itself.

I love postcards, and I've seen very few that I didn't like. But, if a swap doesn't have a theme, if you are wondering what to send, these are some of my favorite types of cards:

I need the following state capital cards, and am looking to complete my collection!

I have no problem with Zazzle or Cafe Press postcards - in fact, I like just about all of the postcards I've seen made through these sites. As for other handmade cards - I've been lucky to receive some that are beautifully made. Unfortunately, I have had even more that have not survived the mailing process. They've been afflicted with tears, missing pieces, etc. A few have arrived with the glue making the card wavy or the rubber cement seeping through creating a sticky surface. I suppose I am saying, I am wary about handmade cards and think they require a high production value to get through the postal system.


Your very own Miffy nightlight, from MOMA:


Thank you for resending the TPP: Sender's Choice PC swap, I got the NY DYK card today. It's awesome. I don't know what's up with the mail service to have taken so long to deliver both cards. Hope you're having a great day!

The mail clerks all had to see it. They googled over it. :)


Hi! Have you received the Ad/Freecard - Space PC from May? I sent a Solaris movie card to you. Could you check it, please, thanks!


Thanks a lot for the National Postcard Week postcard!!


Hi Aimee! Thank you very much for the awesome PC for National Postcard Week. I wasn't aware that it was this month (oops). I love that you took the photo for this...thanks for making my mail day.